The USB Gateway (see above) provides a reliable connection between a navigation PC and marine network. However, if you wish to see marine data from a smartphone, you should choose the Wi-Fi Gateway. It can join an existing Wi-Fi network on board or establish its own. It is also bi-directional gateway, and can also convert NMEA 2000 to NMEA 0183 and vice versa for compatibility with outdated software. Allows viewing of vessel’s real-time data (position, course and speed, wind, depth, engine, etc.) using a web browser on PC, laptop, tablet or smartphone. A pair of gateways can act as an NMEA 2000 wireless extender.

The NMEA 2000 Wi-Fi Gateway allows you to see data from a NMEA 2000 marine digital network on a PC or smartphone. With it, you get marine network data including vessel course, speed, position, wind speed and direction, water depth, AIS messages from vessels and aircrafts and other navigation data in popular software applications. 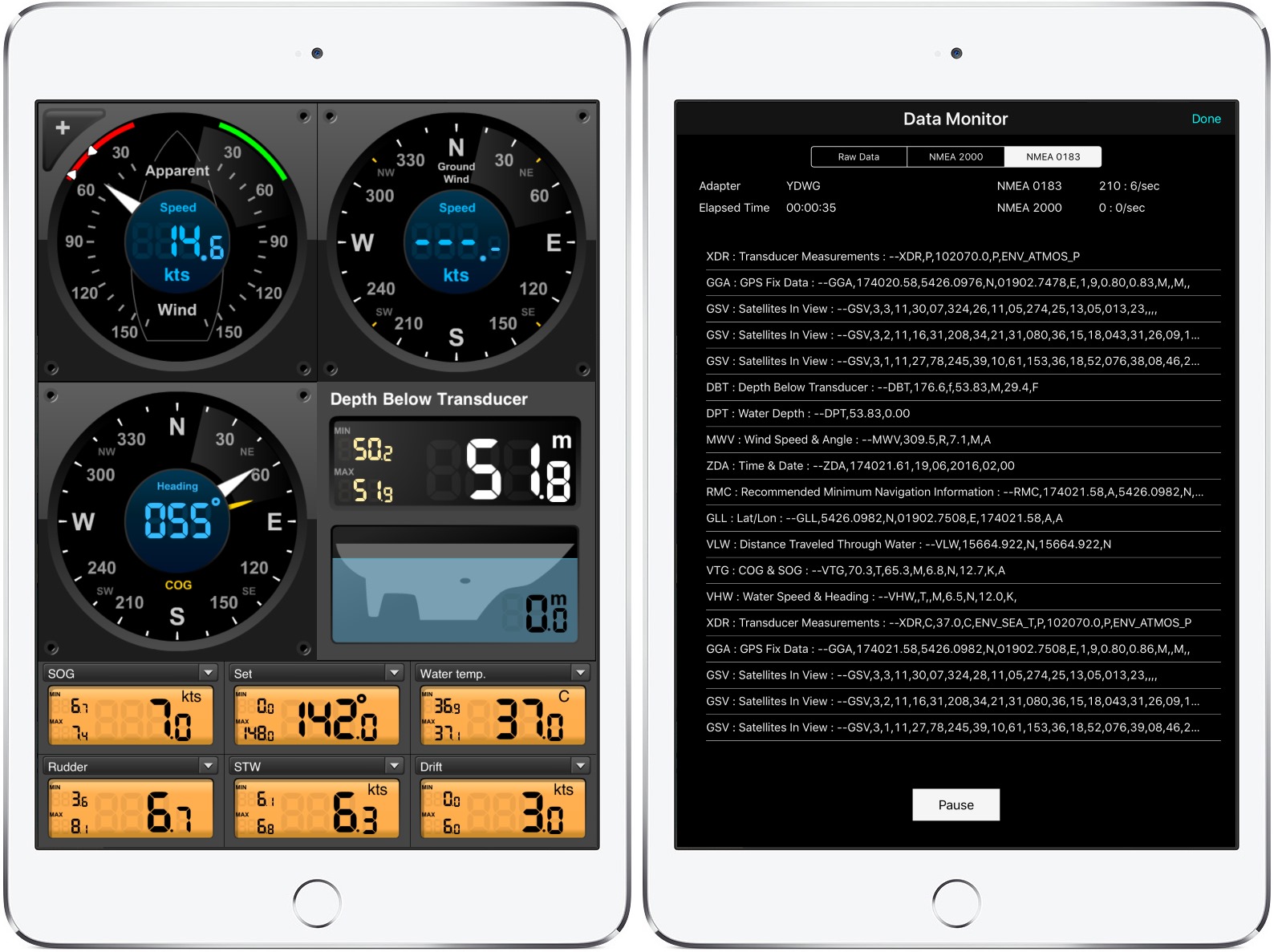 To configure the Gateway, you need any Wi-Fi enabled device (laptop or smartphone) with any web browser. The Device’s settings can be reset to the factory values using the hidden reset button.

The Gateway supports TCP and UDP network protocols (both can be enabled at the same time). For UDP protocol, the number of clients (physical devices or software applications) is unlimited. 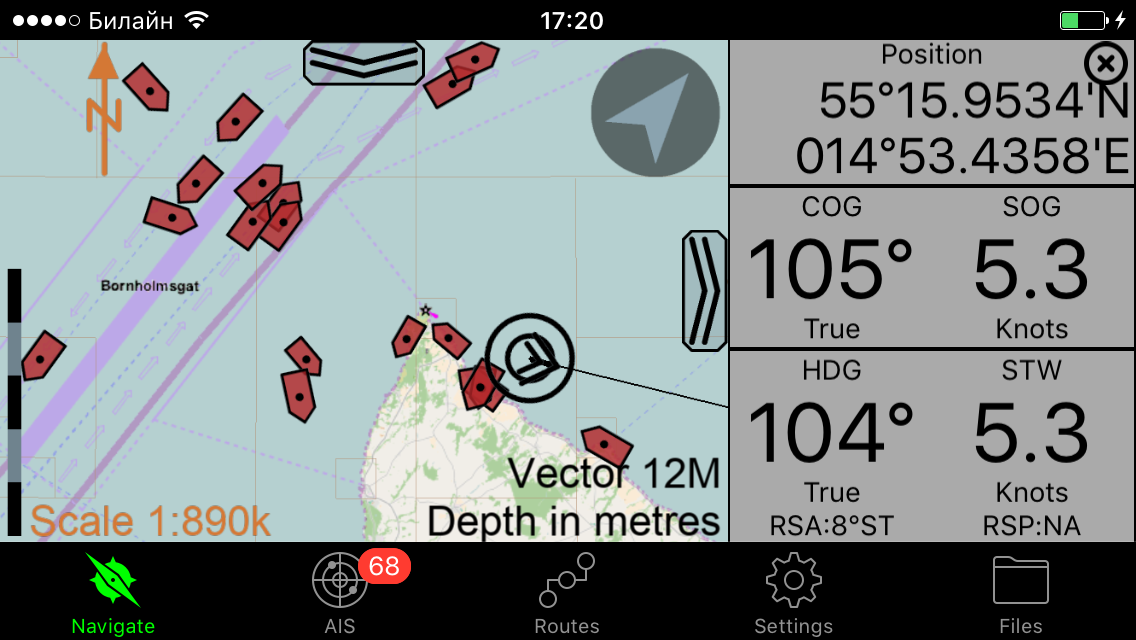 Moreover, you do not need to install applications to view realtime vessel data. We added colorful, web-based gauges to built-in administrative web site, and now you can view wind, engines and fuel rate, pressure of oil, coolant and fuel, tanks and batteries (or using circular gauges), course, speed, depth and other data right from a browser. You can customize any page’s layout and its sets of data bars. You can even watch NMEA logs! Save on apps, save on additional instrument displays and monitor your boat from your sofa with a smartphone! No internet connection is required and it is free. See this guide to learn more about the built-in web gauges. Or see this video!

The Gateway also supports RAW protocol, which is supported in a popular Expedition software and CAN Log Viewer. It allows transferring of any NMEA 2000 messages (including proprietary) to application and in reverse direction. You can record messages to a .CAN file and/or monitor in real time with free CAN Log Viewer software (Mac OS X, Windows, Linux). It can be useful for NMEA 2000 or J1939 networks setup and troubleshooting.

The recorded .CAN file can be converted to a .DAT format and processed with YDVR Converter software to convert NMEA 2000 data to GPX tracks, spreadsheets and other formats. Of course, it is not as convenient as recording data with the Voyage Recorder, but it is suitable for tests and trials, etc.

The RAW protocol is open and is supported also in our USB Gateway. We hope that it will become popular among software developers, because it is very simple and free.

Gateway is supplied with different types of connectors (see the User Guide), making it possible to connect it to networks of different manufacturers without any adapters.

Picture 13. Drawing of YDWG-02N and YDWG-02R models of Gateway (photos)

The Wi-Fi antenna is located inside under the LED. For additional technical details, please see the User Guide and FAQ.